Danny Ings ‘too good for Southampton’ and would be PERFECT signing for West Ham this summer, talkSPORT told – ‘Whatever team you put him in, he WILL score goals’Joe Moore 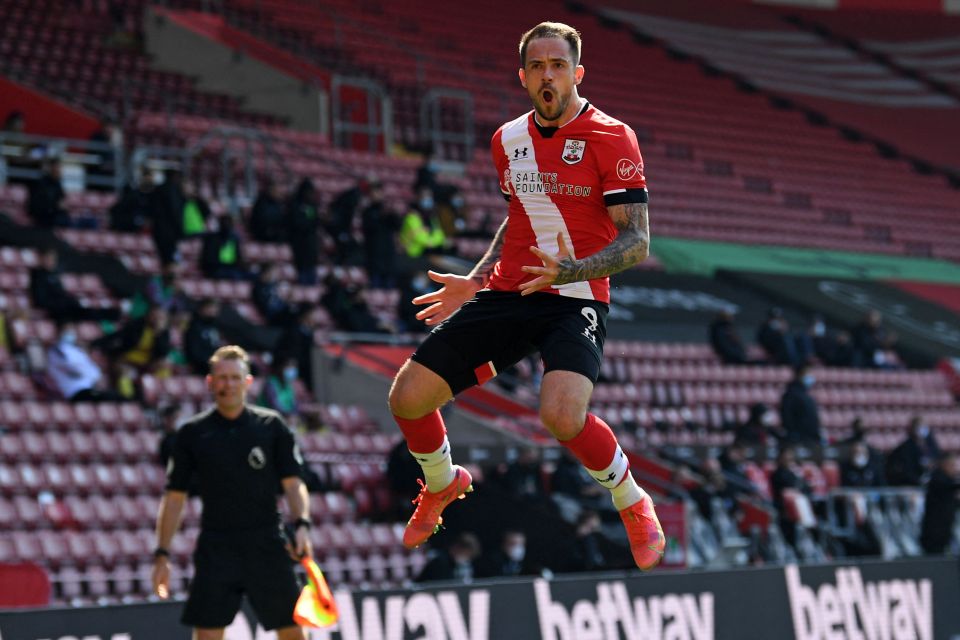 Danny Ings has been hailed as a ‘perfect signing’ for West Ham, after the Southampton striker took his Premier League tally to 12 goals for the season.

Ings continued his brilliant form to score twice in the Saints’ 3-1 victory over Crystal Palace on Tuesday night.

It’s an impressive tally for the 28-year-old, who has maintained his scoring record in a Southampton shirt despite a season peppered with injury problems, having missed 11 games in all competitions this term.

He has proven his undeniable predatorial finishing ability since joining the south coast club from Liverpool, though, with a total of 46 goals and 10 assists in 97 appearances for the Saints.

talkSPORT host Jason Cundy is a huge fan of the striker but says he is ‘too good’ to play in a team 14th in the Premier League table.

The former Chelsea defender says the frontman deserves to make a big transfer move this summer, and says he’d be an instant hit if he joined David Moyes’ Hammers.

“I’m a fan of Danny Ings,” said the Sports Bar host. “I think he is underrated as a striker.

“There is a place for him in a team higher up than Southampton, He’s too good to be playing for a side that is threatened by relegation.

“Is that club Chelsea? I don’t know whether going to be big enough to do it at that level. I don’t mean he’s not a big enough name, but Champions League football is what he needs to have proven himself in.

“I think West Ham would be perfect.

“In whatever team you put him in, he will score goals but West ham feels a nice fit.

“It’s a bit of a conundrum for him, but he has made noises he wants to leave and that would be a great move for him.”

After the win over Palace, Ralph Hasenhuttl said he was ‘positive’ Southampton can keep hold of their star man after his clinical performance.

The Saints’ top-scorer Ings, whose double made it 100 career goals in club football, has a year remaining on his existing contract.

Manager Hasenhuttl admits Southampton are ‘a different side’ when Ings plays and remains confident a new deal will be agreed.

“He knows that we want him to stay with us as long as he wants. For us, it’s important that he stays with us,” said Hasenhuttl.

“I am also positive that it will happen, maybe not now but maybe we will find in the next few months a chance to make this happen.

“With Danny we are a different side because he makes the chances we need to score and sometimes also goals when you don’t think there is a chance. The first goal was fantastic from him.

“And this is why he is important for us.”