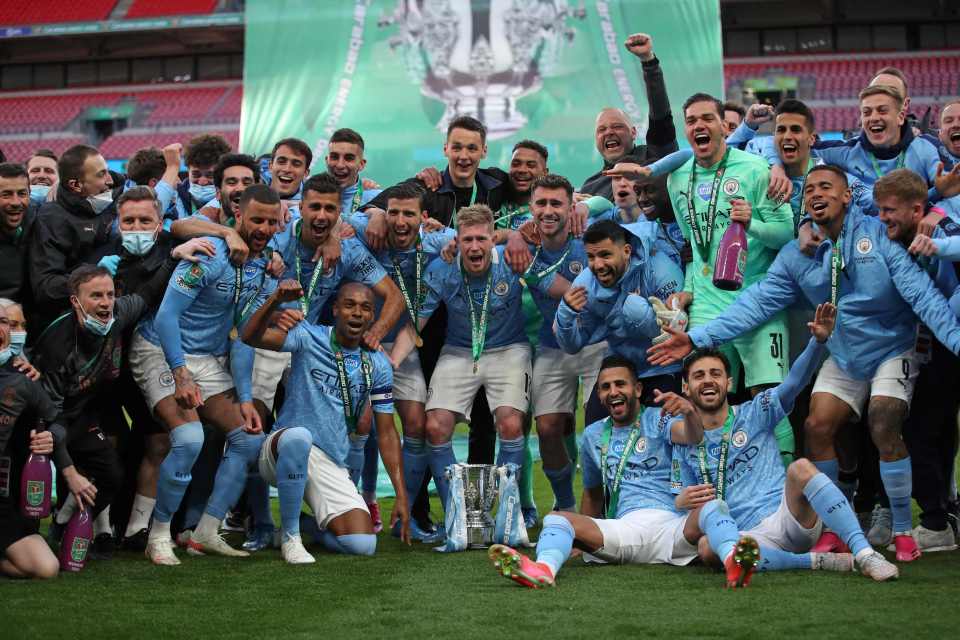 Kevin De Bruyne believes Manchester City are all set to be a dominant force in football for the next 50 years, as they stand on the verge of Premier League and European glory this season.

In an exclusive interview with talkSPORT – to be aired from 11am on GameDay this Saturday – the Belgian midfielder praised the ‘unbelievable’ progress the club has made on and off the pitch under Sheikh Mansour’s ownership.

He also revealed how easy it was for him to commit his future to the club, having recently agreed a new contract to 2025 without the use of an agent, and outlined how team success – not individual prizes – are what truly matter to him.

Life is certainly great for De Bruyne and City at the moment – they won the Carabao Cup last month, booked their place in the Champions League final for the first time in the club’s history in midweek and can wrap up another Premier League title by beating Chelsea on Saturday.

Manchester City vs Chelsea is LIVE on talkSPORT this Saturday, kick-off 5.30pm

City have established themselves as one of the elite clubs in the game ever since Sheikh Mansour took control of the club in 2008 and have won more domestic trophies than any of their English rivals over the past decade.

And it could be set to stay that way for some time, feels De Bruyne.

“Signing the contract extension until I’m 34 says it all,” he said.

“But the way the club is set-up from top to bottom, they are ready if they stay this way to be good for the next 50 years.

“I have seen that from the inside out. The project that the Sheikh with everybody else has built has been unbelievable, it’s something to admire.

De Bruyne, 29, is one of those rare breed of footballers that doesn’t have an agent, the Belgian negotiating his recent big-money deal solo.

“Some things happened in the past with my former agent and I just decided with my people and my family that I could do it myself,” he explained.

“I’m at an age where I know enough about football and the business side of football to understand and to express what I want as a person and player.

“At my age I’m not really looking at a lot of individual things any more, which I think makes it easier to negotiate with the club.

“Negotiations are easy and difficult, there are lots of side notes to everything. But it went perfectly well. The club was really happy and for us, it was an easy conversation to have.

“Maybe it’s a little bit more direct like this, maybe with an agent there is more going around and stuff and as a player you can say more directly what you want and it was clear from both sides.”

We know De Bruyne as the hugely talented and committed footballer who’s driven Man City to massive success since joining them in 2015.

He says he’s quite different on the pitch to off it – but his competitive streak sometimes gets the better of him when playing games against his young son!

“It almost makes me two people, you have one Kevin off the pitch who’s really relaxed, is chill and doesn’t speak a lot and then you have that sometimes annoying guy on the pitch who moans about everything,” he said.

“You do whatever you need to do to win a game and I can’t stand losing but I think that’s something good to have to be honest.

“It was much worse when I was younger!

“Even playing a game with my son, I’m not letting him win! I’m not going to do that, he’s losing! Well, sometimes he wins but not always!”

As the heartbeat of Pep Guardiola’s dominant side, De Bruyne is expected to pick up a host of Player of the Year awards at the end of the season.

Asked what individual success would mean to him, he replied: “I prefer first to win all the team trophies and whatever I can get next as an individual is really nice because it gives you the appreciation from a lot of people, be it players, media, fans that they enjoy you way they perform. Also how you are as a person off the field, that plays a role.

“But honestly let me get all the team trophies first and whatever you give me after, it is like a bonus.”

Another trophy could well be in De Bruyne’s collection come Saturday night, with three points against Chelsea enough to secure the Premier League title.

“It has been the biggest mental test of all the trophies,” he said, when asked what this league title – the third of his City career – would mean.

“Having a long break with all the restrictions in place, having no fans to motivate you every three days to go again and again and again is a mental test and the team has done superbly.”

Listen to Kevin De Bruyne’s interview in full on talkSPORT’s GameDay this Saturday, ahead of live commentary of Manchester City vs Chelsea