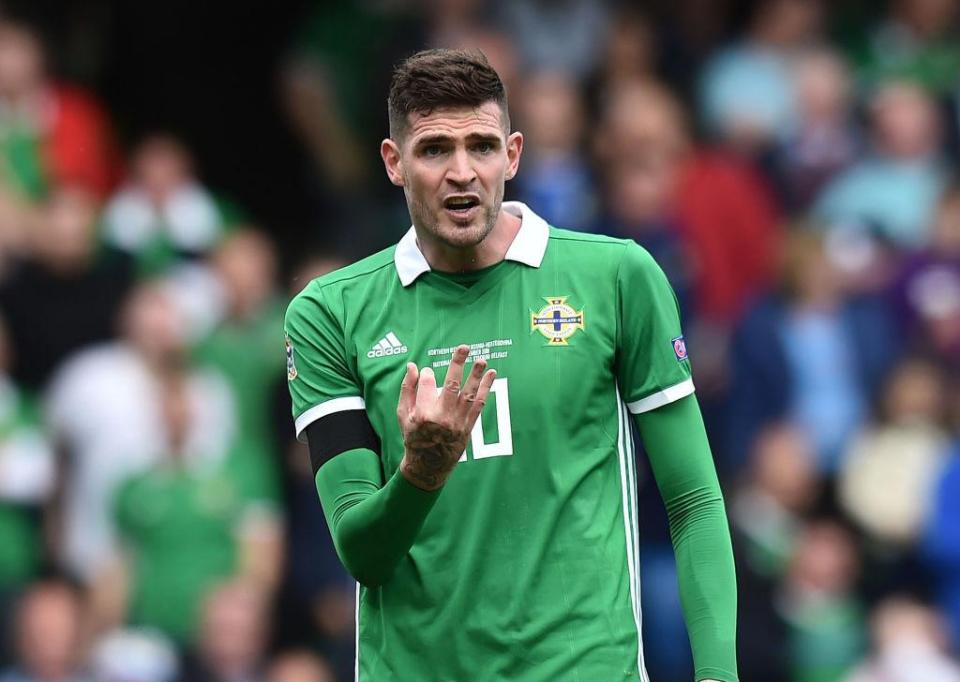 Kyle Lafferty has been axed from Northern Ireland’s squad after the striker appeared to use sectarian language in a video.

In the clip, the 35-year-old reacts when a man posing for a photo with him says ‘Up the Celts’.

Lafferty, formerly of Burnley and Rangers, appears to reply using the sectarian slur ‘f****n b******’.

The Irish FA have since taken matters into their own hands and excluded the experienced forward from their squad.

Lafferty was due to face both Kosovo on Saturday and then Greece on Tuesday in the UEFA Nations League.

However, the 89-capped Northern Ireland star, who has 20 goals in 89 appearances for his country, will play no part for Ian Baraclough’s side.

“Northern Ireland senior men’s team player Kyle Lafferty has been withdrawn from the squad ahead of the upcoming UEFA Nations League games against Kosovo and Greece,” an Irish FA statement read.

“The Irish Football Association is aware of a social media video which has been circulated widely. The association also notes an investigation has been launched into the video by the striker’s club, Kilmarnock FC.

“A minor back problem has prevented Lafferty from participating in training since Tuesday.”

As stated, Kilmarnock launched their own investigation and uploaded a press release to their website.

“Kilmarnock Football Club are aware of a video circulating online which appears to show a member of our playing staff using language of a sectarian nature,” the statement read.

“The club finds all forms of discriminatory behaviour completely unacceptable. The matter will be investigated by the club.”

“The matter will be investigated by the club.”