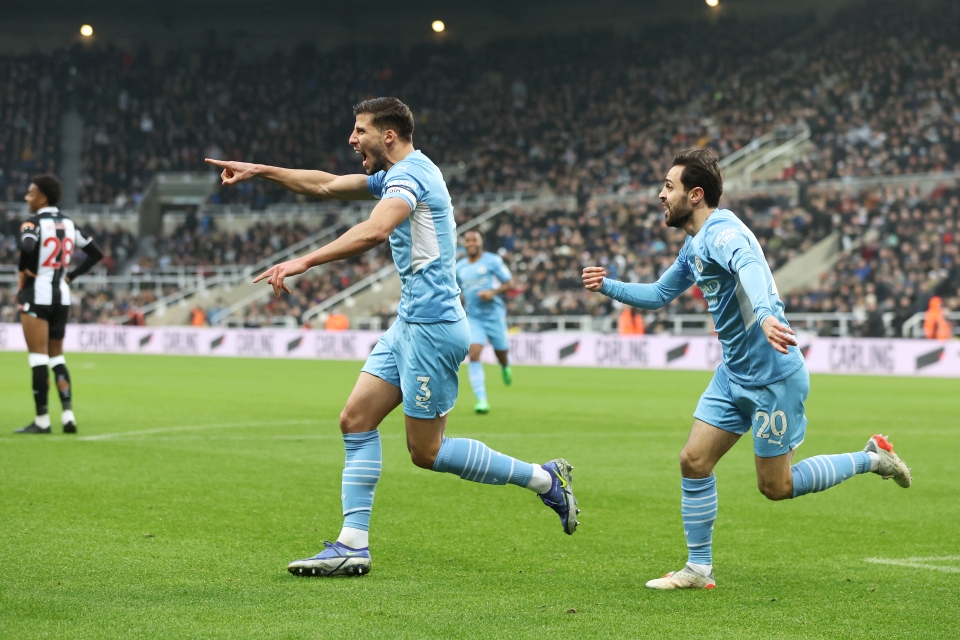 They thought it was all over, but it isn’t anymore.

However, the January transfer window is always full of opportunity, and the likes of Newcastle, Burnley, Liverpool and Aston Villa certainly exploited the chance.

The title race has been declared back on, and despite the stakes being far less high, the Champions League and relegation battles have similarly been ignited.

At the time of writing, Carabao Cup winners Liverpool are just six points back from Man City with a game in hand, with a mouth-watering trip to the Etihad still to come on April 10.

Jurgen Klopp can’t stop smiling with everything on the up at Anfield, with as close to a fully-fit squad you can get, and the £37million January signing of Luis Diaz looking inspired.

The team Liverpool conquered in a League Cup final for the ages, Chelsea, are 10 points back, and a shaky spell of form may see them dragged into an enthralling Champions League race.


Russian clubs and national teams suspended from all football competitions

West Ham looked like front runners to claim a top four place, riding on a wave of momentum, but Antonio Conte’s arrival at Tottenham seemed to give Spurs the impetus as the Italian got off to a nine-game unbeaten run.

However, despite Harry Kane and Heung-Min Son’s record-breaking form, things soon turned in north London as Conte flirted with an early exit due to a run of four league losses from five.

Ralf Rangnick’s Manchester United were next up to stake their claim but draw after draw has now left Arsenal in pole position.

Last time out at the Emirates it looked like the opposite would be true for 82 minutes, with Wolves 1-0 up looking to throw themselves in the mix.

Late goals from Nicolas Pepe and Alexandre Lacazette instead sent Mikel Arteta on course to redemption; two points from fourth with three games in hand.

Just behind are the likes of Southampton, Crystal Palace and Brighton all attempting to switch from mid-table to European challengers, and they’ve been joined by a new outfit.

Aston Villa had a mega January under new boss Steven Gerrard with deals for Brazilian international Philippe Coutinho and France regular Lucas Digne, but it’s at the bottom where the biggest changes have been felt.

Even being bankrolled by one of the world’s richest men in the shape of Mohammed Bin Salman and his astonishing net-worth of £320billion, Newcastle continued to struggle.

But fears of an impending relegation have now been washed away with four wins in their last five matches after a blockbuster £90m window saw the likes of Bruno Guimaraes, Kieran Trippier and Dan Burn arrive.

One of new manager Eddie Howe’s most impactful signings in regards to the relegation battle was meant to be £20m star Burnley striker Chris Wood.

The deal would supposedly significantly weaken Sean Dyche’s side, and it did, but only temporarily.

Burnley secured a huge upgrade in the shape of Dutch international Wout Weghorst, and the former Wolfsburg man already has a goal and two assists and has been crucial in Burnley’s upward travel.

But with the likes of Newcastle, Burnley and Villa seemingly all heading onwards and upwards, others are moving the other way.

Brentford’s early season heroics have given way to cautious defeats, with Everton and Leeds having to sack their managers to avoid shock relegations, whether or not Frank Lampard and Jesse Marsch’s arrivals will be enough though, remains to be seen.

But just how will it all play out in the Premier League?