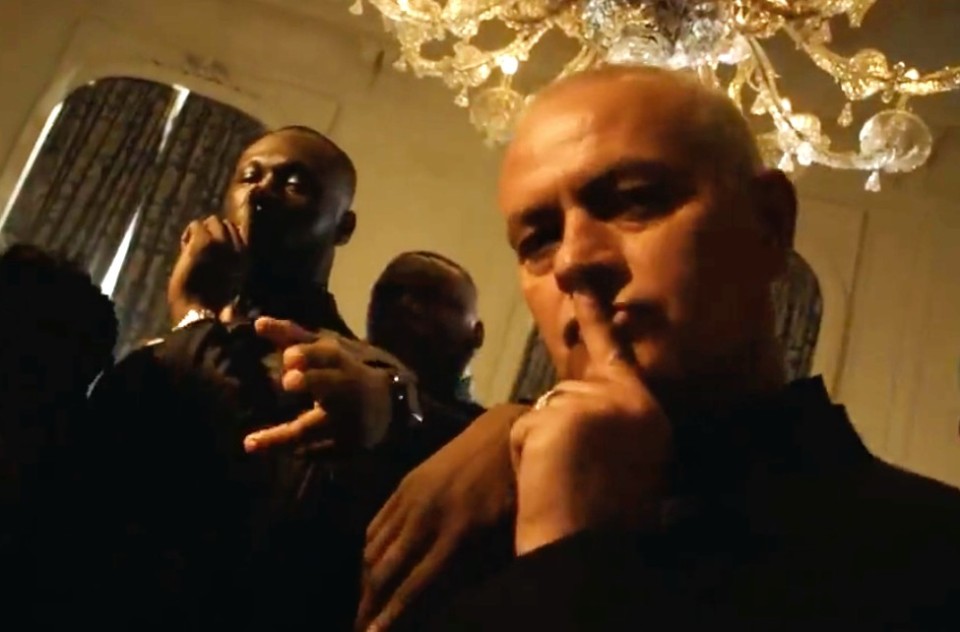 Jose Mourinho has stunned the football and music world by making a surprise appearance in Stormzy’s latest video.

The former Chelsea and Tottenham manager joined the rapper for his new song ‘Mel Made Me Do It’, appearing on screen before having his iconic line being mentioned in the lyrics.

Stormzy samples Mourinho’s ‘If I speak, I am in big trouble’ comment and stands beside the current Roma boss inside a mansion.

The star-studded video has all but broken the internet but what other footballing faces have made appearances with music artists? talkSPORT takes a look…

Manchester City’s all-time Premier League goalscorer Sergio Aguero not only made an appearance in a music video but he was able to show off his vocals in it.

In 2008, while the striker was at Atletico Madrid, he joined Argentinian band Los Leales to be the front man for a song about himself called ‘Kun Aguero’.

Aguero features throughout the whole song, taking turns to sing with the band, and pulling off some impressive dance moves.

His voice might not be as good as his footballing ability but he certainly put on a good show and the video has gone on to reach over 3million views on YouTube.

It may only have been for a couple of seconds but Spurs manager Antonio Conte joined grime artist Eyez in his music video back in 2017.

Conte appears briefly in the street of London with blacked-out glasses and a black puffer coat on as the rapper wraps his arm around the Italian.

The appearance came soon after Conte won the Premier League with Chelsea and the video for the song ‘Smoking Fine’ reached 138k views in total on YouTube.

Whether he knew he was going to be part of a video is unknown but he certainly fit in and caught the attention of football fans.

Peter Crouch’s passion for music is well known with the former Liverpool and Stoke striker being spotted at festivals and popping up on stage with Kasabian earlier this year.

In 2015, he played a big part in Peace’s ‘Gen Strange’ video, making multiple appearances in the opening minute of the song.

Crouch plays his hand at acting while donning a full tracksuit and shades. He sits on the bonnet of a Volkswagen Polo before driving and shouting out the window of the car later in the video.

His brief surprise appearance drew in over 250,000 views and it could easily have been more if he had whipped out his iconic Robot dance.

All England fans will know that John Barnes and other members of the national squad joined New Order to sing ‘World in Motion’ ahead of the 1990 World Cup.

Although the most iconic part of the song and video is the former Liverpool striker’s rap which he delivers directly at the camera.

Barnes has gone on to perform his rap on many occasions and the song is a staple for the Three Lions fans during each major tournament.

Alongside the stand-outs, there have been many other big names involved in music videos over the years.

After Mourinho made the latest shock appearance, who will be the next football star to get involved?