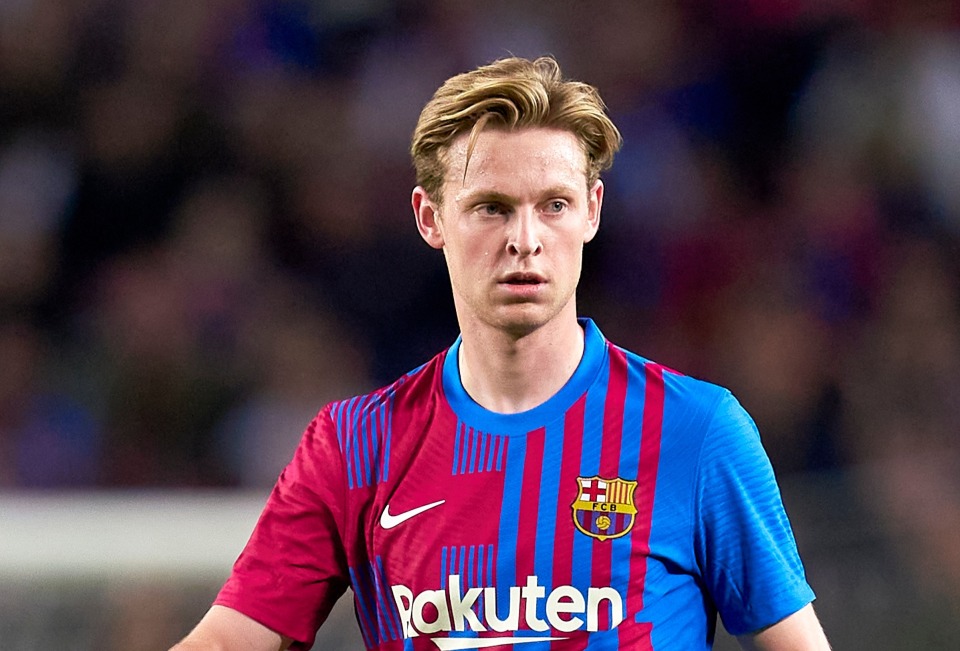 United are close to agreeing a fee in the region of £68million for the Dutch international, who is new manager Erik ten Hag’s top target.

Ten Hag managed De Jong at Ajax and was part of his squad that reached the Champions League semi-final in the 2018/19 season, before losing to Tottenham.

The midfielder would be the first signing for the new manager since being appointed.

It has taken a little while to get over the line, mainly due to the negotiations over the price tag.

The Red Devils will now hope this will lead to a flurry of deals to get new faces in the door ahead of pre-season.

Ajax winger Antony is another familiar face Ten Hag wants to reunite with, while they have also offered a contract to Christian Eriksen.

Although the latter is believed to have turned down a move to Old Trafford.

So far, it has been mainly exits rather than incomings with the likes of Paul Pogba, Juan Mata, Jesse Lingard and Nemanja Matic leaving on free transfers.

Goalkeeper Dean Henderson could also be on the verge of an exit, with Nottingham Forest confident of landing him on a season-long loan.

Offers Of The Day