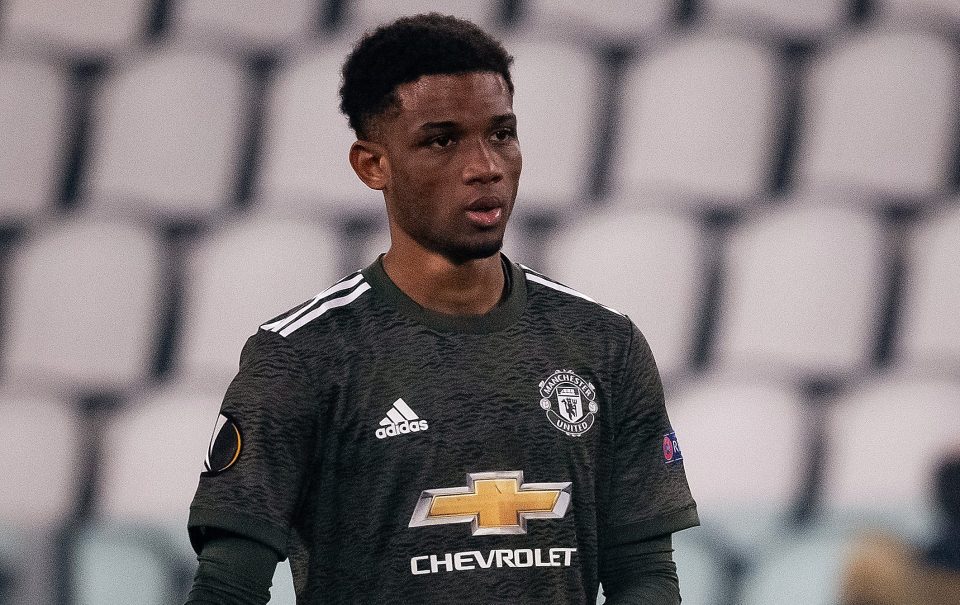 Diallo arrived from Atalanta for an initial £19million fee in January after the Red Devils struck a deal with Serie A side Atalanta in October.

The fee could potentially rise to 41m euros (£36.5m) for Diallo, who came off the bench for his United debut in Thursday’s comfortable 4-0 Europa League round of 32 first leg win against Real Sociedad in Turin.

The teenager is pushing for his first start heading into Sunday’s Premier League clash with struggling Newcastle and the return leg against Sociedad, with full-back Shaw excited by the Ivorian’s potential.

“He’s still so young but he’s come into training and you can tell he’s got confidence,” he said.

“You can tell by the way he plays. His first touch is brilliant, the way he takes the ball and drives at players. He’s got great skill.

“Of course, he’s very young and still got a long way to go but you can tell already that he’s going to be one for the future and I’m sure he’s not far away from maybe getting a first-team appearance.

“He’s a wonderful talent and already a wonderful player, so I’m sure fans are looking forward to seeing (more of) him on the pitch soon.”

Asked which player he would liken Diallo to, Shaw said: “It was interesting because Harry (Maguire) said to me the other day that he reminds him of Mahrez when he was at Leicester.

“Really quick, skilful, agility, can turn really quick, got great skills and I would probably agree with Harry, he does remind me of Mahrez.

“Even the way Mahrez plays now. I’ve seen sort of the qualities that Amad obviously has and has shown in training.

“Mahrez is a wonderful player so hopefully if he’s any good like him it’ll be great for United.”

Messi was excused from criticism ahead of Elche win – KoemanSoccerNews

Messi was excused from criticism ahead of Elche win – KoemanSoccerNews