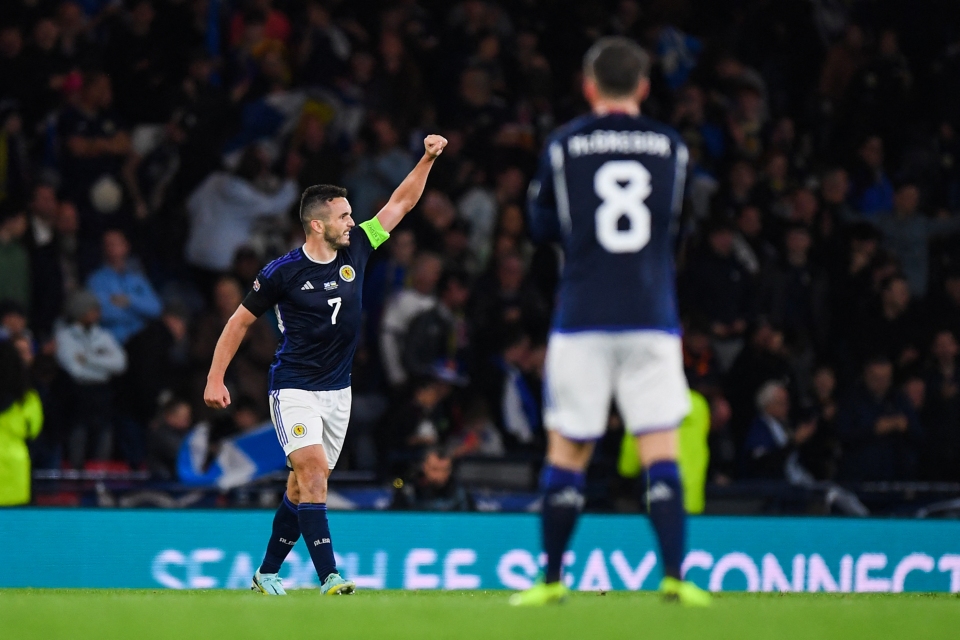 Scotland host the Republic of Ireland in the UEFA Nations League this weekend as they look to build on their win over Ukraine.

The hosts thrashed their opponents 3-0 and gained a measure of revenge for defeat in their World Cup play-off match.

But Steve Clarke’s side were beaten 3-0 by the Boys in Green in the reverse fixture, so this will be a tough test.

Stephen Kenny’s men haven’t played any football since June but have managed draws against Ukraine and Belgium this year as well as the win over Scotland.

They also boast a decent record over their opponents and lost only one of the last five meetings between the sides.

So this could be an intriguing clash, but Scotland must have some confidence going into this one.

Scotland v Republic of Ireland: Date and how to follow

The match will be broadcast on Premier Sports One, while subscribers can watch via the website or Premier Player app.

Fans can sign up to Premier Sports for £9.99 per month.

talkSPORT will have updates throughout the evening and talkSPORT.com will have a live blog.

To tune in to talkSPORT or talkSPORT 2 through the website, click HERE for the live stream. You can also listen via the talkSPORT app, on DAB digital radio, through your smart speaker and on 1089 or 1053 AM.

Everton’s Nathan Patterson will miss out after he was stretchered off during the Ukraine game with what looked to be an ankle problem.

Celtic’s David Turnbull has also withdrawn from the squad with injury and Josh Doig and Declan Gallagher have been called up.

Meanwhile, the visitors are without Caiomhin Kelleher and Darragh Lenihan.

Gavin Bazunu and John Egan are expected to take their places, while Matt Doherty could start despite his lack of minutes for Tottenham Hotspur.

Scotland v Republic of Ireland: What has been said?

Steve Clarke: “We know only too well from our experiences in the summer how difficult the game’s going to be and we have to be ready for everything Ireland throw at us.

“We need to combat their strengths and make sure we play to our maximum and show our qualities. We showed improved performance against Ukraine in midweek from what we did in the summer and the idea is to replicate that again.”

Stephen Kenny: “We want to finish [the campaign] strong.

“It is a big game. A great game. Ireland against Scotland in the Nations League, in Hampden Park, a famous venue, we’re delighted to be going there.

“Scotland qualified for the European championships previously, a lot of their players are playing in the high end of the Premier League.”