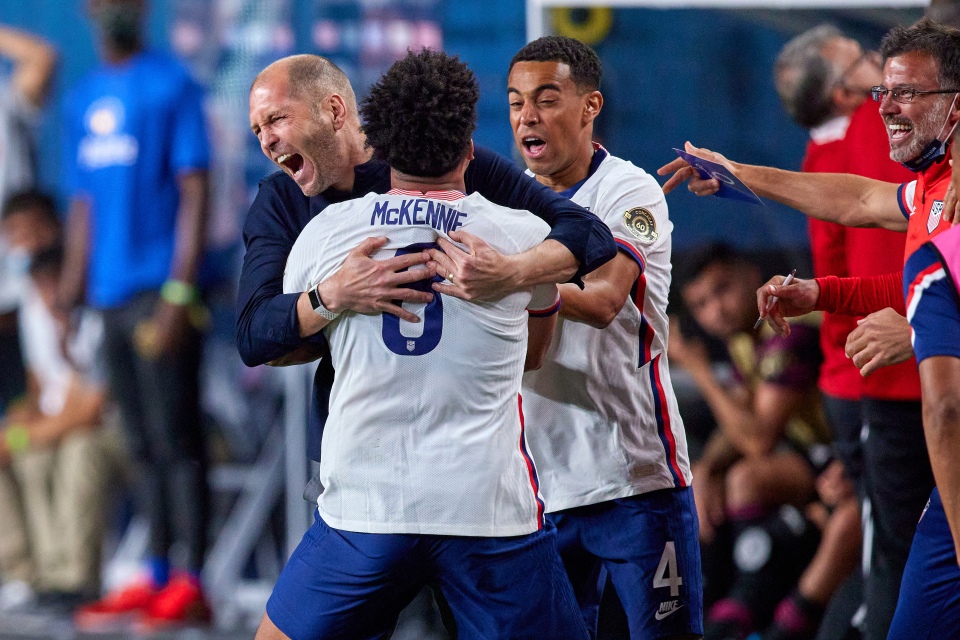 The duo were in touch via WhatsApp on a regular basis but the level of communication has understandably waned ahead of their Group B clash on Friday.

Having dispatched Iran 6-2 in their World Cup opener, the Three Lions are keen to make it two-from-two with a victory over the Americans.

“I’ve been WhatsApp-ing him but I haven’t seen the blue checkmark, so I don’t know what’s going on,” Berhalter said in his pre-match press conference.

“We kind of took a hiatus. We’ll pick up our relationship after tomorrow.”

England are favourites to win the group, while Berhalter’s side had been expected to finish as runners-up.

USA drew 1-1 with Wales in their opening match, with Timothy Weah scoring for the Star and Stripes.

Berhalter has backed Weah and the rest of his team, believing they have what it takes to beat anyone.

“I believe is that on our best day we can beat anyone in the world, anyone,” he said.

“It is a great honor to play in the World Cup, but we don’t want to just be participants. We want to perform.

“We think the first step is getting out of the group. And the second step is, in the knockout games, playing our best possible game and seeing how far we can go.”

Despite not getting a response to his messages, the USA boss was full of praise for Southgate ahead of the match at Al Bayt Stadium.

‘[The US media] give me a hard time every once in a while, but I don’t think it’s of the magnitude that Gareth gets it, but we all know this is a result-orientated business and we’re all held accountable for results on the field,” he added.

“I think he’s done a great job. I’ve been saying for the last year and a half that his record at major tournaments has been outstanding.

“He’s done a great job with his team. They got off to a great start and they’re a formidable opponent. It’s going to be a difficult game for us.”