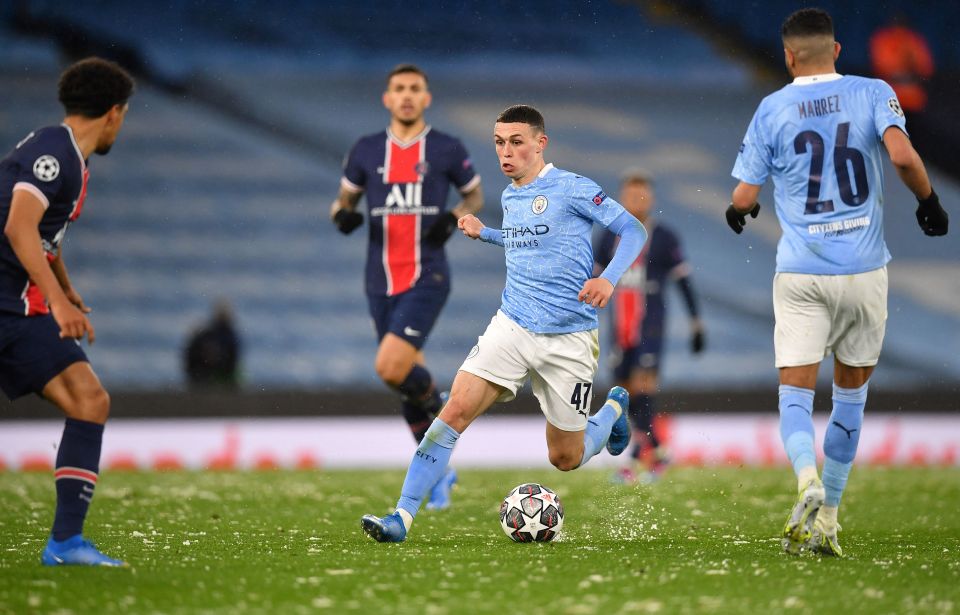 If you didn’t think Phil Foden was world class before, then we’re fairly certain his performance against PSG will have changed your mind.

The Man City playmaker ran the show as Pep Guardiola’s men progressed to their first ever Champions League final with a 4-1 aggregate victory over PSG on Tuesday evening.

Foden, who is still just 20, caused PSG all sorts of problems all game.

After Riyad Mahrez scored the opener in the first half, Foden teed up the Algerian for his second with a sublime delivery after combining with Kevin De Bruyne to all-but send City through.

Moments later, the electric youngster expertly controlled the ball before racing through and firing a thunderous effort off the post.

And his England teammate Declan Rice couldn’t hide his admiration for the 20-year-old.

With his assist, Foden also became the first Man City player to notch more than ten or more goals and assists this season.

The so-called ‘Stockport Iniesta’ is playing himself into a starting spot at Euro 2020 – especially as he is currently keeping Raheem Sterling out of City’s XI.

Former Man City winger Trevor Sinclair, like the rest of us, was amazed by that performance.

He told talkSPORT on commentary: “I realised what Man City had done part way through that second half. Their game management was superb.

“By the middle of the second half, they were so confident they were going to keep clean sheets that they started setting traps, giving PSG extra bodies and then on the counter attack as we saw with Phil Foden showing incredible maturity.

“Once they get that counter attacking opportunity they go like lightening and they end up with goals.

“That’s where Mahrez’s second goal came from. They let PSG get wrong side of them and then as soon as the ball was turned over, attacking them with serious pace.

“Phil Foden’s maturity this season and in this game shone. An incredible performance by everyone involved.”

“I would say Phil Foden is the best young player in the world right now,” he said.