West Ham’s £30m signing Nayef Aguerd, who has made just one Premier League appearance, on verge of tears as he leaves Morocco’s World Cup last-16 clash with Spain due to injuryJosh Fordham 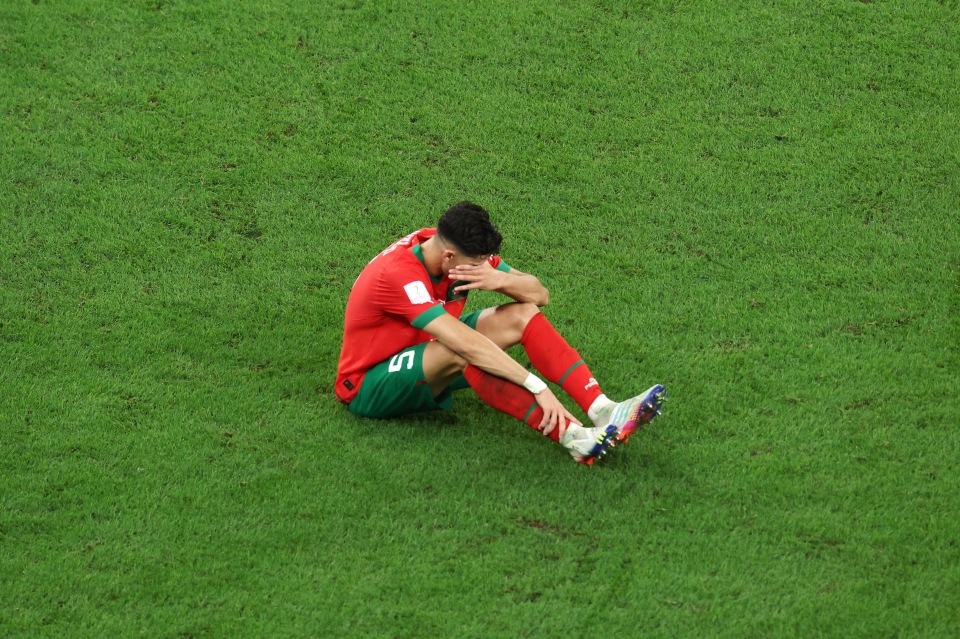 West Ham defender Nayef Aguerd appeared to be in tears as he left Morocco’s World Cup last-16 match with an injury.

The 26-year-old has been impressive in the tournament so far for the African side.

But he suffered what appeared to be a groin injury following a tackle on Spain striker Alvaro Morata.

He limped off the pitch and appeared to wipe tears away.

talkSPORT commentator Joe Shennan said: “West Ham fans haven’t seen much of Aguerd but he’s been outstanding in this tournament for Morocco.

Hammers fans have not seen much of him since his £30million transfer from Rennes last summer.

He has made just four appearances, with only one of those coming in the Premier League.

He picked up an ankle injury in a pre-season friendly with Rangers, that then required surgery, causing his initial absence.

And Hammers boss David Moyes will be hoping his groin problem is only minor with the Premier League resuming on December 26.