Who is Todd Boehly? Net worth and consortium members explained with LA Dodgers and Lakers co-owner selected as ‘preferred bidder’ for Chelsea as takeover from Roman Abramovich edges closerJack Cunningham 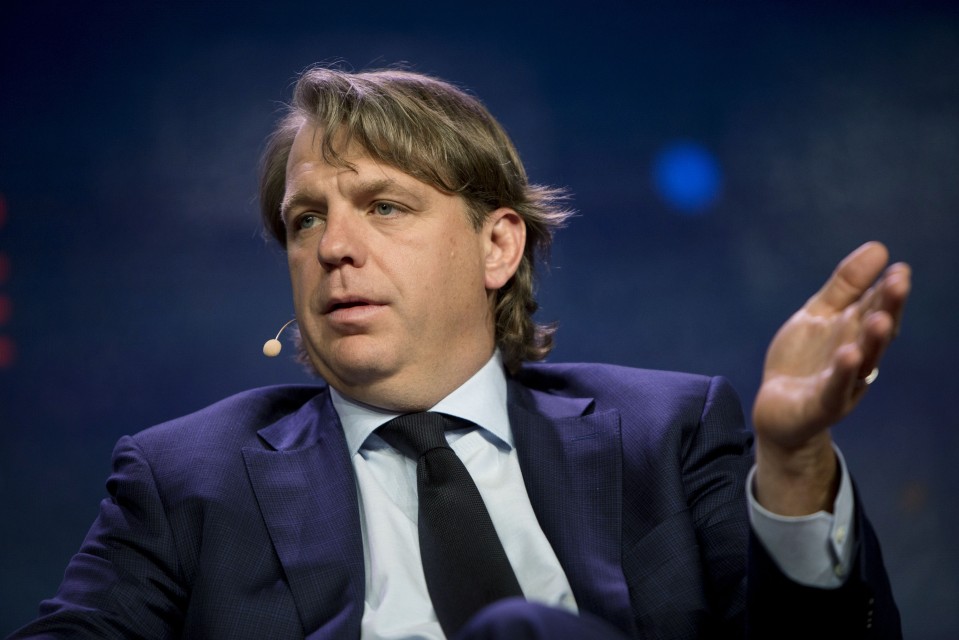 The Chelsea takeover saga appears to be coming to its conclusion after Todd Boehly’s consortium were named as preferred bidders – but who is the man behind the bid?

Britain’s richest man, Sir Jim Ratcliffe, tabled a late offer but the Blues have reportedly selected Boehly’s group, as the Premier League club hopes to have its new owners in place by the end of May.

The UK government has sanctioned Roman Abramovich, so his time at Stamford Bridge is coming to an end.

And it appears Boehly’s consortium will be the new owners, unless something goes drastically wrong.

talkSPORT.com taken a look into Boehly and the other people involved in this potential takeover of Chelsea.

Who is Todd Boehly?

Todd Boehly is a businessman, philanthropist and an investor born in the United States of America.

Boehly, 46, is married to Katie Boehly and the couple have three sons together – Nick, Zach and Clay.

He is known for being co-founder, chief executive officer, chairman and controlling member of private investment firm Eldridge Industries.

Boehly went to school in Bethesda, Maryland before crossing the pond to study at the London School of Economics.

After that, he began working at Citibank, and he hasn’t looked back since, going on to have great success in the world of finance.

How did Todd Boehly make his money?

After working at Citibank and CS First Boston, Boehly moved to Guggenheim Partners in 2001.

From here, he launched the firm’s credit investing business and went on to become the president of the company.

Todd then fronted a big deal in 2013 between Time Warner Cable and the Los Angeles Dodgers to create SportsNet LA – a network made to broadcast anything in relation to the baseball franchise.

This was a significant step forward for Boehly, but 2015 was the year in which everything changed for the American businessman

Boehly decided to pool some of the assets he collected at Guggenheim, including The Hollywood Reporter, Dick Clark Productions, and Security Benefit, to found his current firm Eldridge Industries.

Once this was established, his fortune continued to accumulate.


Eriksen could spurn Brentford goodwill and sign for ‘Tottenham or Arsenal’

How much is Todd Boehly worth?

According to Forbes’ latest calculations, the current Chelsea bidder is worth in the region of $4.5billion, which works out at around £3.5billion.

What else does Todd Boehly own?

Well, if his bid for Chelsea is successful, the Blues would become the latest in a long line of sports acquisitions for the American.

However, his ownership of the Dodgers has been criticised due to the team’s high wage bill. His initial investment has also been heavily scrutinised because of the collateral attached to the loan he used to buy his stake in the baseball franchise.

Despite this, he has been selected as the preferred bidder, so Chelsea and the Premier League must feel confident these issues are nothing to worry about.

Who else is involved in Boehly’s consortium?

Therefore, this group have some serious wealth behind them, and you would think they can ensure Chelsea remain a global football superpower.

Chelsea takeover: What has been said?

Another member of the consortium, Daniel Finkelstein, released a statement about Boehly’s bid: “These are smart guys, who don’t just have the money to invest, they get how to use it.

“I’m passionate about Chelsea to the point of eccentricity. I want owners who will invest but are also insightful and use modern methods to keep our club at the top of the world. I believe Todd Boehly would be just such an owner.

“This is a bid from fervent sports fans, really successful backers of champions. Just look at the LA Dodgers, what they have invested and what they have won.

“Jonathan Goldstein is also a brilliant man and really knows his football. We’d be lucky to have him. And as for Spurs? At Chelsea we sing songs for talented people who see the light and come to the Bridge.

“The bid knows who we are. It’s proper Chels.”

Back in 2019, Boehly tried and failed to buy Chelsea and he revealed why he wanted to buy a Premier League club.

“The passion that the fans have for the activity and the sport and the teams is unparalleled,” he said at the time.

“So when you start to think about you know what you’re trying to build with these teams is, you’re really trying to a – win and b – be part of the community.

“If you look at what the Premier League offers, it’s all of those things. It’s the highest quality play, and it’s the best players.”