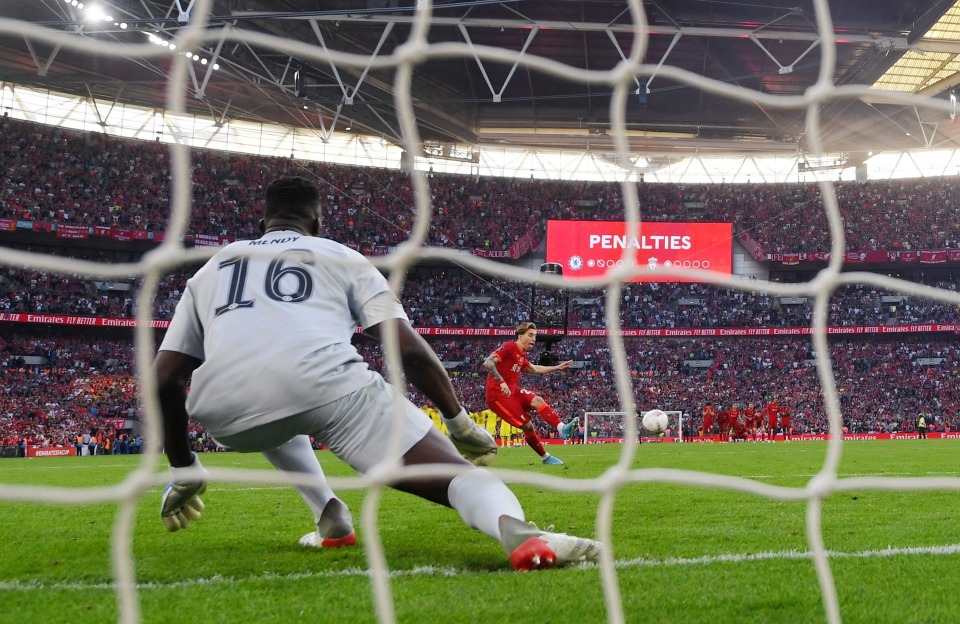 FA Cup shootout hero Kostas Tsimikas has told talkSPORT his penalty that clinched the trophy for Liverpool was the first of his career.

The Greek fullback was an extra-time substitute for Jurgen Klopp, and proved to be an unexpected match-winner.

The game had gone to penalties after a scoreless 120 minutes, and then the spot kicks themselves even reached sudden death.

But they didn’t last much longer than that, with Mason Mount missing Chelsea’s seventh attempt, allowing Tsimikas to send Edouard Mendy the wrong way and slot home the winner.

Speaking to talkSPORT after his heroics, Tsimikas said: “Yeah it was like very very stressful but I tried to calm down myself to try to be focused and to shoot the ball in the right side.

“I went [on] because Robbo [Andy Robertson] had the cramps.

“At the end [Klopp] asked me which number I want, I said to him seven, I thought maybe he wanted to put me earlier but it was the number I chose from the start and I’m very very glad for that.”

The 26-year-old former Olympiacos defender showed no signs of his apparent stress as he won the game, but then revealed it was the first penalty of his career.

Most read in FA Cup

“No it was only the first one and maybe I will shoot more often now,” he said.

Liverpool still have the chance to win an unprecedented quadruple this season, by adding the Premier League and Champions League to their FA Cup and League Cup victories.

Manchester City appear to be closing out the title, but with Real Madrid still to play in Paris, Tsimikas said yet another trophy is a huge for momentum ahead of his side’s final three games.

“Yeah of course it’s a very very big boost,” he said. “For us we won today the trophy but tomorrow is the next day.

“We have to be focused again to control ourselves and we have two very very important games and then we go again in the Champions League final.”

Affectionately dubbed the ‘Greek Scouser’ by the Anfield faithful, part of Tsimikas’ bright start in England is down to his relationship with his teammates, and in particular, Mohamed Salah.

The left-back was asked about Salah’s early substitution and injury, as well as the star forward’s future at the club.

He said: “I think Mo is very very smart, I think he went out early.

“I said to him, because we spoke before he says it’s not something important and I’m looking forward to seeing him again in the final.

“I want him to stay, I said to him what I want but it’s not only about me it’s about him and the club, I can’t do anything else I always try to enjoy every moment with him.

Bet Of The Weekend