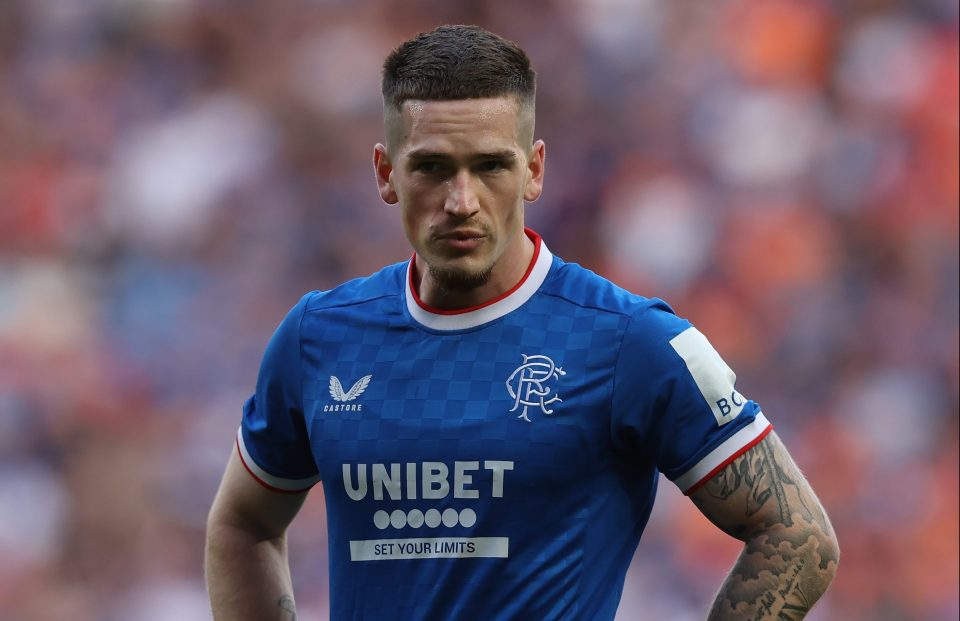 The talkSPORT host by the winger’s display during Gers’ Champions League play-off against PSV Eindhoven, which finished 2-2 in an entertaining contest at Ibrox.

And O’Hara believes the former Liverpool man can be aiming higher than Rangers, adding he’d have the 25-year-old at Tottenham.

“I don’t want to pull him away from Rangers but I really like him, what a player he is,” O’Hara said on The Sports Bar.

“I would have him at Spurs.

“He should be in the Premier League, he is a top player.”

A late goal from Armando Obispo denied Rangers a win in the first leg of their play-off tie, meaning they need a result in the Netherlands to advance to the group stage.

And Rangers boss Giovanni van Bronckhorst remained upbeat despite his side’s disadvantage going into the second leg on August 24.


Nunez ‘a good boy’, says Klopp amid calls for Liverpool man to get five-match ban

The Dutchman told BT Sport: “We got the free-kick from Tom to go 2-1 up but you know, all goals count. How you score doesn’t matter.

“In the end, we lost a goal from a set piece and that was disappointing. But the tie is still open and we have the chance to go through next week.

“Of course we can do it. It’s the second leg, they play at home and hopefully we can get more space and try to win. We have to do that to get our goal and we will give everything.”

Offer Of The Day

PADDY POWER ALL CUSTOMERS: Bet £5 via the talkSPORT EDGE app with Paddy Power and get a £5 free bet – available to all customers* – CLAIM HERE

Paddy Power All Customers: Place a £5 Sportsbook Bet through the talkSPORT EDGE app between the 1st and 31st August. Get a £5 free bet on the next Monday after your qualifying bet. T&C’s apply. 18+ Begambleaware.org

Betfair: 18+. New customer offer. Bet £10 on SBK on the 13:50 York, Wednesday, 17th August. Get a £10 free bet for each of the remaining races on the card (£60 in total). Only deposits with Cards apply (Apple Pay deposits excluded). T&C apply. begambleaware.org