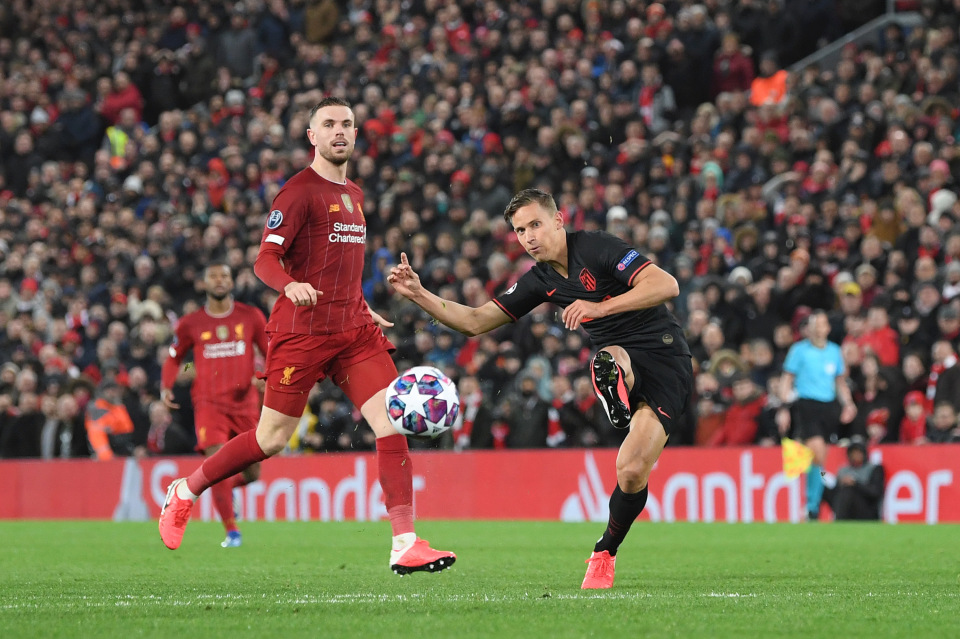 It’s been 11 months since Marcos Llorente sent shockwaves through English football when his two goals and an assist sent Liverpool packing out of the Champions League.

Who was this Atletico Madrid star? Prior to that night he’d only ever scored three times in his professional career.

The Spanish side’s manager, Diego Simeone, in need of some magic against the Premier League champions elect and after 56 minutes of the match at Anfield he was thrown into the fray in place of Diego Costa – but it wasn’t a defensive move.

In a more advanced role than the defensive midfield position we’d been used to seeing him in, both at Real Madrid and with Atleti, he ripped into the Reds and history was made, the holders knocked out.

A year later, on the eve of Atletico Madrid taking on Chelsea in the same competition – live on talkSPORT, Llorente is proving to be one of the finest and most versatile midfielders in Europe, and it could be he who is the danger man for Thomas Tuchel – not former Barcelona and Liverpool man Luis Suarez.

The Uruguayan may have 16 LaLiga goals and have the joint-fifth goals per 90 rate in Europe’s top five leagues (0.91), behind Luis Muriel, Robert Lewandowski, Zlatan Ibrahimovic, Ering Haaland, and ahead of Cristiano Ronaldo and Lionel Messi, but Llorente is helping Atleti tick.

His switch from defensive minded ace to versatile creator, has sent his career to new heights.

In all competitions he now has nine goals and eight assists and should he hit 10 for each in the coming weeks, he’d be the first star to do so under the tutelage of manager Simeone in Madrid.

His tale is one of a comeback, of faith, personal growth, and how a coach, through analysis and inspiration, can find a player’s true potential.

“If I didn’t meet Simeone there’s a good chance I’d still be playing as a pivot,” Llorente told Marca back in December.

“All credit for envisioning me in another position belongs to Cholo. There are coaches who see things and he is one of them.

“Sometimes [his ideas] come out well, other times bad. With me he was completely right. If it comes out wrong it can depend a bit on the player, but for me it very much suited me and I have the ability to perform in a very different position. The credit lies with him for seeing it.

“I will always be grateful to him for discovering me in that position. He’s a different coach, and I’m learning a lot with him. Every training session with Simeone is like a war, with brutal intensity. It’s something you take home every day. I’m sure I have a lot to learn from him.”

This season, while racking up these impressive stats and performances, Llorente has been vital, playing as a forward, a central midfielder, a No.10 and as a right wing-back.

His adaptability, thanks to his raw ability, gives his manager great joy and pride.

“Titles are important, but as a coach what fills you up is when you see the growth of a footballer like Marcos,” Simeone told Marca after a win over Granada. “When we see a footballer with the ability to do different things than what he had been doing in his career, we jump on it.

“It happened with [Antoine] Griezmann, with Saul, with Juanfran. Why does it happen? Because footballers want and dream of never giving up. I’d like to look at footage of Marcos training when he wasn’t even starting, we saw him scoring goals and we said this boy cannot be a midfielder.”

And it could be that Llorente, wherever he plays, and in whatever role, is the man to bring Chelsea’s Champion League dream crashing down.

Former Swansea and Barcelona midfielder Andrea Orlandi has been massively impressed by Llorente: “I don’t see Atlético suffering in the Champions League because Simeone’s side are pragmatic and will keep possession when they need to and will run when they need to, and Marcos Llorente is their best example of this – and he’s having an excellent season in LaLiga with eight goals this season.

“Llorente is a modern type of midfielder, not a typical Spanish midfielder, more of a box-to-box player, and he keeps getting better and better. He was the hero at Anfield against Liverpool last season, and that performance changed his career; Simeone had spotted he could score goals in training and tactically he needed the legs in midfield and the rest is history – Spanish football fans should be grateful too.

“He’s extremely fit and that has helped him during this time, and he also has a unique ability to find space in the box which adds a different dimension to Atlético and Spanish football.”

He might have shocked Liverpool but it won’t be a surprise if it’s Llorente who does the damage against Chelsea.

Jamie Vardy had a deal agreed with Arsenal then snubbed Arsene Wenger to stay at Leicester – but why?Anton Stanley

Jamie Vardy had a deal agreed with Arsenal then snubbed Arsene Wenger to stay at Leicester – but why?Anton Stanley