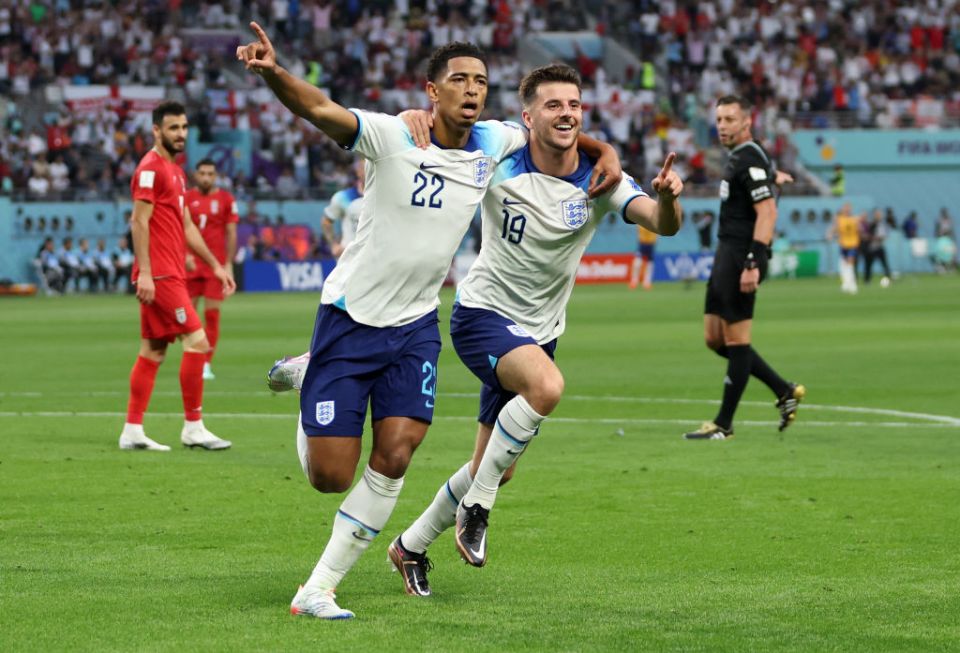 Gareth Southgate is expected to stick with the team that thrashed Iran for the clash against USA on Friday night.

The Three Lions dispatched Carlos Queiroz’s side 6-2 in their opener in a perfect start to their World Cup campaign.

Sterling, Marcus Rashford and Jack Grealish, then finished the scoring for Southgate’s men.

Meanwhile, the USA drew 1-1 with Wales in their first match, with Gareth Bale equalising and denying the Stars and Stripes of the three points.

England boss Southgate is expected to name the same team and formation for the clash on Friday.

Harry Kane is expected to be fit, despite picking up a knock, while defender Harry Maguire could start having recovered from an illness.

The 29-year-old England skipper was pictured back in training following a scan on his ankle.

He is expected to start alongside both Saka and Chelsea forward Sterling.

Southgate also played down any injury concerns in his pre-match press conference.

“Harry is good. It would be a brave decision to leave him out of the starting line-up”, he said.

Maguire, meanwhile, is expected to continue the centre-back partnership alongside John Stones, with Kieran Tripper and Luke Shaw as full-back’s.

Bellingham and Rice will form part of the midfield alongside Mason Mount.

How England could line-up against the USA: