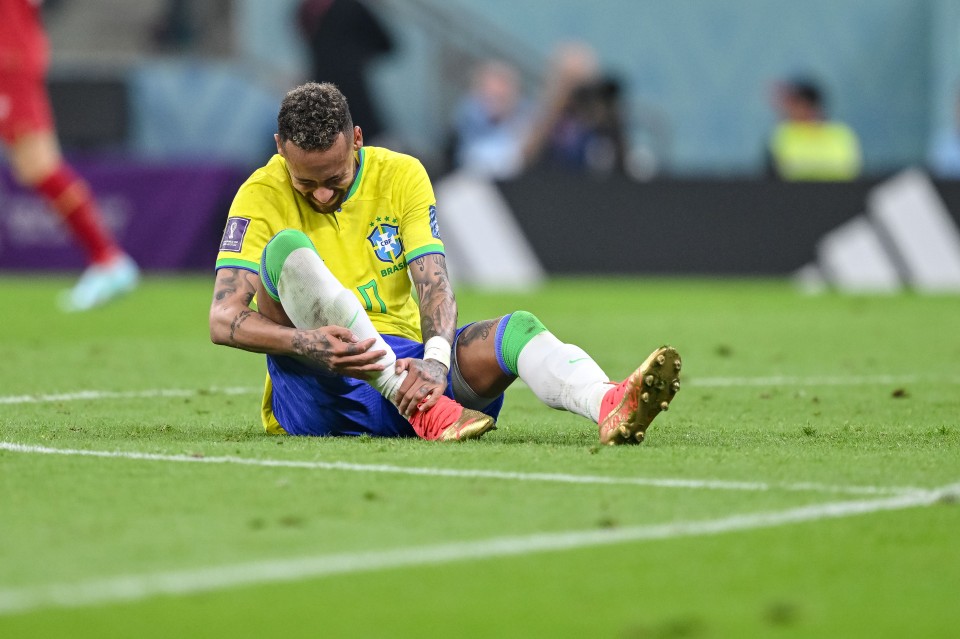 Brazil boss Tite insists Neymar’s World Cup is not over despite the nasty injury he sustained during their World Cup opener.

They won 2-0 against Serbia with Richarlison scoring both goals, the second was absolutely stunning and described as ‘one of the best World Cup goals ever’.

However, there were worrying scenes involving their star man Neymar.

A crunching challenge from Nikola Milenkovic meant he had to be substituted in the second half, and replays showed his ankle took a nasty hit.

While sitting on the Brazil bench, he lifted his shirt over his head and looked distraught.

After the final whistle, he appeared to have some swelling around his ankle, however, Selecao boss Tite suggested the injury isn’t as bad as it looked.

Tite has been quoted saying: “Don’t worry, Neymar will play the World Cup. He will keep playing, you can be sure about that”.

Neymar is in his third World Cup for Brazil and there is pressure on him to deliver.

He is on 75 goals for his country and is just two goals behind Pele’s official record.

Liverpool contact UEFA after being allocated just 1,800 tickets at Bernabeu, which has capacity of 60,000, for their Champions League clash against Real MadridSam May

Liverpool contact UEFA after being allocated just 1,800 tickets at Bernabeu, which has capacity of 60,000, for their Champions League clash against Real MadridSam May