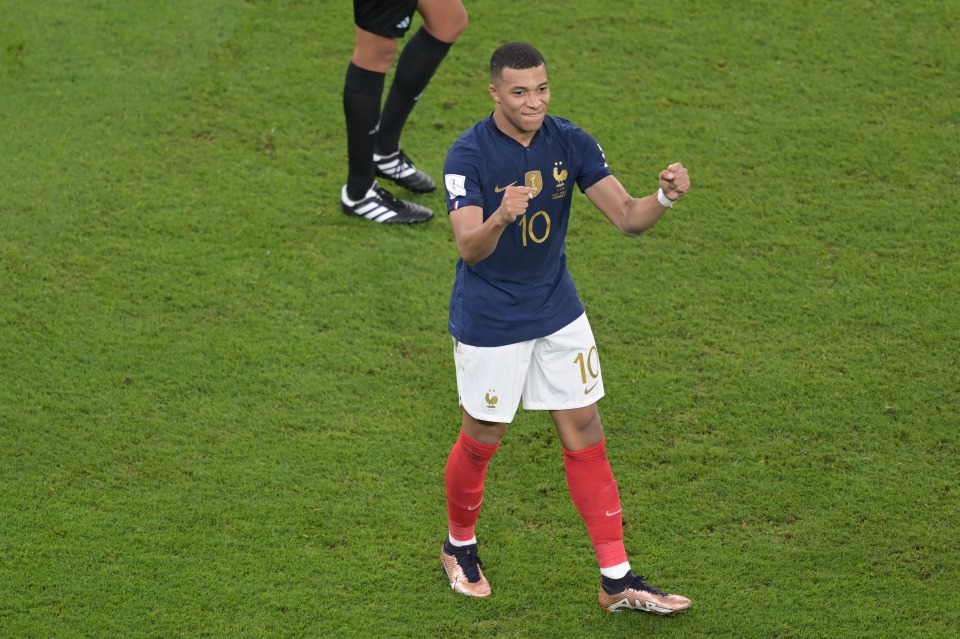 Olivier Giroud says Kylian Mbappe is the best striker he’s ever played with – and believes there’s still more to come from the French superstar.

Mbappe has been in irresistible form at the World Cup, scoring five goals in four appearances in Qatar.

Giroud has also been effective in the World Cup having scored three times so far – his latest a strike during their win over Poland seeing him become France’s all-time leading goalscorer.

But the former Arsenal and Chelsea marksman believes it’s only a matter of time before Mbappe gets the record.

“Mbappe is one of the best players I’ve played with. It’s scary he’s so young,” Giroud told journalists ahead of France’s quarter-final clash with England.

“He’s the best striker I’ve ever played with and I don’t think we’ve seen the best of him. He’ll probably break my record and many others.”

Giroud was speaking ahead of France’s quarter-final clash against England, live on talkSPORT.

Mbappe’s stunning second-half brace helped France to a convincing 3-1 win over Poland and will surely play a key role in Les Bleus’ bid to beat the Three Lions.


Bellingham makes joke after Henderson walks away from interview about transfer

But Giroud revealed it was the words from defender Raphael Varane at half-time which helped the team step up their performance.

“Varane had serious and fair words in the dressing room at half time,” Giroud said.

“We were lucky Poland didn’t score and we were ahead and it was a gentle reminder to fight and to remain solid and united.

“Rafa felt we’d relaxed our levels and we had to keep fighting. It’s important to remain positive and he reminded us of that.”

Giroud also spoke about his comparisons with England striker Harry Kane, with both strikers being widely praised for bringing fellow forwards into the game during the World Cup.

“I’ve spoken to Hugo [Lloris] about Kane. He has a similar style to mine in a way,” Giroud said. “Over the past few years he’s dropped a bit deeper.

“I don’t know if that was from the coaches but he remains a great scorer and now has assists to his game.”

“Myself and Hugo don’t want to lose against England,” Giroud added. “They have quality and different options and I think it will be a difficult game for us.

“The wings will be very important this weekend. Both sides are very quick in the wide areas and the deliveries into the box should create plenty of problems.

“We must be calm and lucid on Saturday. Mbappe is concentrating on his football and does his talking on the pitch.

“We’ve been very strong. We stick together and remember the boys who are back at home. We are winning for them and we feel blessed to have this opportunity.

“No over-confidence from us. As a team we face a strong English team and we don’t want to think about retaining the trophy. It would be an historic achievement but we can’t think beyond Saturday.”

Listen to full commentary of France vs England on Saturday live on talkSPORT, kick-off 7pm.